Gann's major contribution to trading was his insight into trading psychology and his understanding of how the emotions of hope, greed, and fear move the price in any market. Gann knew emotions caused the vast majority of traders to lose money and made the following statement:

"We cannot escape it (emotion). In the future, it will cause another panic in stocks. When it comes, both traders and investors will sell stocks, as usual, after it is too late, or in the latter stages of a bear market"

He was aware that human nature was constant and if a trader was to make money, he must control his emotions:

"Therefore, in order to make a success, the trader must act in a way to overcome the weak points that have caused the ruin of others"

Gann was one of the first to really appreciate, that human psychology was the reason the majority of traders lose money and a lot of his writings in this area make perfect sense; what doesn't make sense is his method of trading which is based on flawed logic. Let's take a look at it in more detail and dispel some myths in relation to him and his works.

The Myth and Reality of Gann's Trading Method

He did not have a success rate of 90%, as many people who sell Gann courses and methods claim. Let's look at some common myths in relation to Gann trading methods and how successful they really were.

Many say Gann's trading profits were in excess of $50 million dollars but this is not true. An interview which Alexander Elder with his son, reveals just how successful Gann was in terms of trading.

His son confirmed that when his father died back in the 1950s, his estate was valued at around $100,000 which is $49,900,000, less than most of his disciples claim and this included his house! His son also stated his father was unable to make enough money trading, so he wrote and sold courses to make extra income.

Those selling his work today claim his success rate was over 90% but again this is not true which you can probably figure out, from the value of his estate at his death. The only evidence of a 90% success rate came from a small number of trades which were realized for public consumption.

Gann believed that everything was governed by universal law including, human nature which governed market movement. If you knew the underlying law you could predict what would happen in the future and he looked to apply this philosophy in his trading.

This is to a degree true, we all know that a certain volcano might erupt but can we predict exactly when? Of course we can't. If Gann really could predict the future in financial markets with scientific accuracy, there would be no market at all - because we would all know the price in advance! Prices move on uncertainty NOT certainty which should be obvious to anyone but not to Gann and the far out investment crowd that follow him.

Gann's theory is subjective and NOT a scientific way of predicting where prices may go in future at all and if it was scientific and will say it again – he would never get a trade wrong duh.

The basis of Gann's theory is the idea that price and time must balance, his theory is based upon the assumption of squaring of price with time and this occurs when a unit of price equals a unit of time.

Gann for example would take a high in price, convert the price into a specified period of time and project it forward. When the specified time is hit, price and time are squared and a trend change will occur.

Of course it doesn't and the value of something cannot be measured in time periods.

Gann also used the Fibonacci number sequence yet another predictive theory which is supposed to reveal the natural order of the market but was never designed to be applied to them at all. You also get geometry and astrology thrown in and according to Gann's disciples with this mix of predictive tools, you can see the future but try the method and you will find the predictions are as accurate as your horoscope.

W D Gann was undoubtedly a talented man and his work on recognising the impact of trading psychology should always be acknowledged, as its a traders mindset which is the key to their success.

In terms of the idea that markets move to some natural law, its rubbish and FOREX is simply a game of odds and humans can and never will be predictable with scientific accuracy. 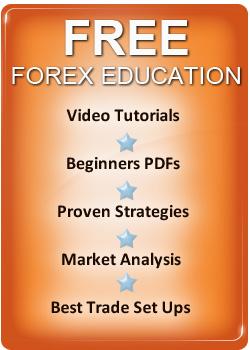